Impact of Suicide in the UK: Online Survey

The University of Manchester, in collaboration with Support After Suicide Partnership (SASP) conducted a national cross-sectional study examining the needs of people bereaved and/or affected by suicide. Data were collected between 26th September 2017 and 31st August 2018, via an anonymous online survey. Participants were self-recruited, aged 18 and over, resident in the UK and perceived themselves to be either bereaved or affected by suicide. Quantitative and qualitative data were generated and analysed.

Securing funding to conduct this four year study has been extremely difficult.  Consequently, we were dependent on the goodwill of the research team to offer their expertise and time, without payment.  This study would cost in the region of £300k,  if it was fully costed.   We are grateful to The Monument Trust who provided £10k, which has been used for the design of the report and the dissemination strategy.  We also grateful to the University of Manchester for providing the facilities to conduct the research, including providing ethical approval.

The research team has received five commended ‘Making a Difference Awards for Social Responsibility’ from the University of Manchester (2015; 2016; 2018; 2019 and 2020) which are directly associated with this study. The team have recently been shortlisted for a ‘Making a Difference Award for Social Responsibility’ award from the University of Manchester and will be announced 12th May 2021. 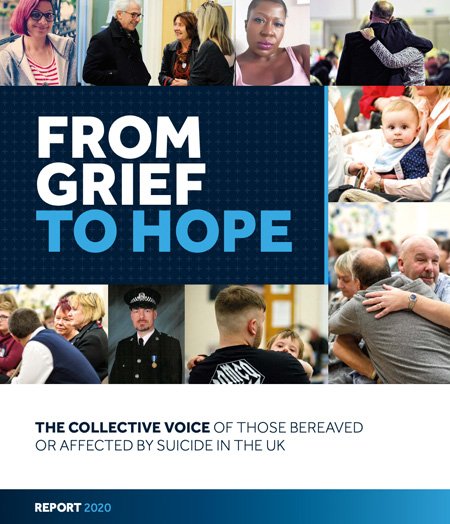 Link to ‘From Grief To Hope’ report 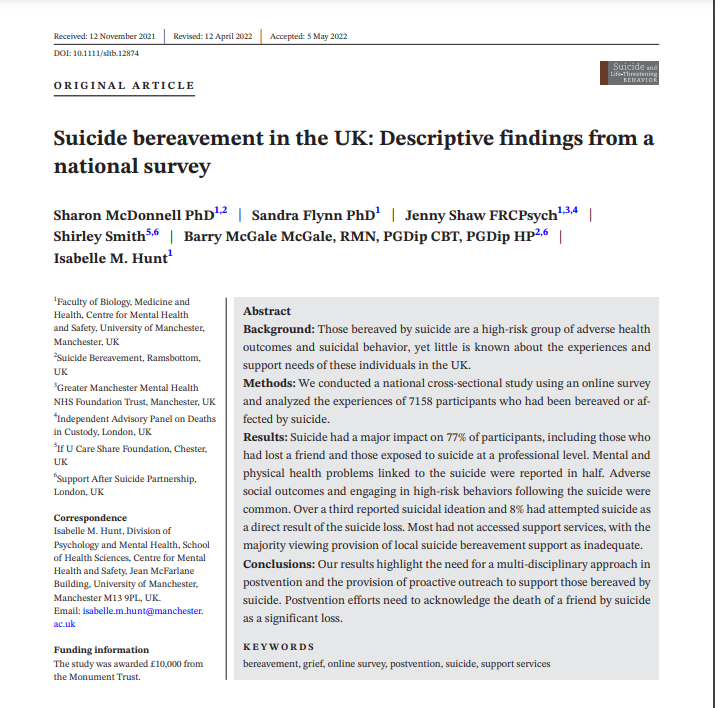 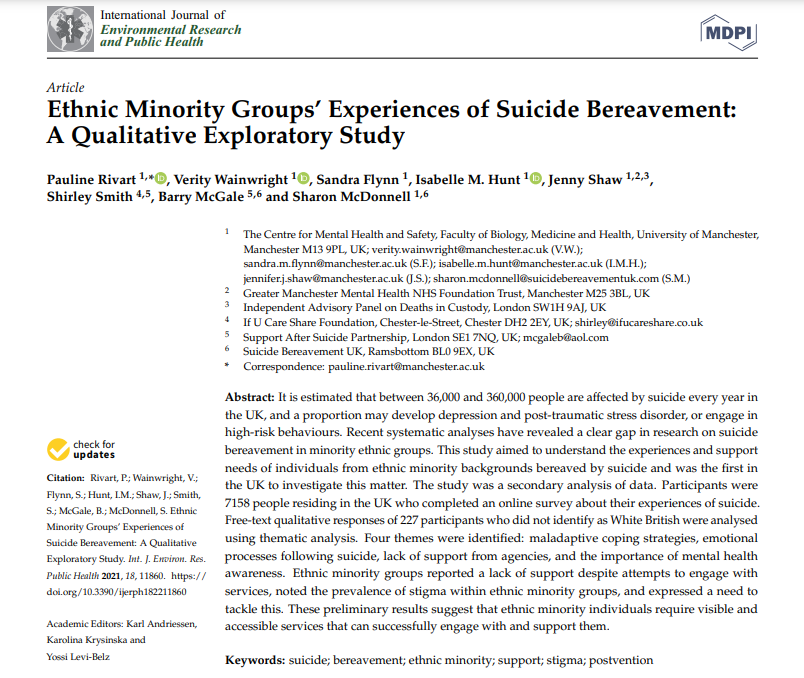 Link to publication on Ethnic Minority Groups, Bereaved By Suicide