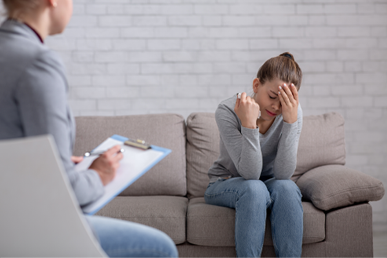 The government has announced that a new £5 million fund has been launched to help support the voluntary, community and social enterprise (VCSE) sector on suicide prevention services, intended to help meet increased demand being driven by the pandemic.

The grant will focus on providing support to high-risk groups such as children and young people, as well as those with pre-existing mental health conditions.

Some services working in the VCSE sector saw up to 20 per cent more contacts being made by individuals looking for support in 2020, compared to previous years. Other groups targeted for extra support include NHS and social care staff and those in contact with the criminal justice system.

The funding comes on top of the £10.2 million that has already been made available to charities over the course of the coronavirus crisis, helping to ensure that suicide prevention organisations are able to carry on providing support to those who need it the most.

Professor Louis Appleby, government adviser on the National Suicide Prevention Strategy, said: “The response of suicide prevention charities to the pandemic has been nothing short of outstanding. They were among the first to respond to the distress that many have felt.

“They have worked tirelessly to support people who are anxious, isolated or at risk. They have been an invaluable partner to the NHS. All this has stretched their resources to the limit, at a time when fund-raising from the public has been harder. This grant funding opportunity is in recognition of the contribution they have made.”

The National Suicide Prevention Strategy’s fifth progress report was published in March 2021, indicating that while funding is useful to help tackle suicide rates, it is insufficient to deliver what is required on its own

A cross-system collective approach to preventing suicides is essential, with a single agreed strategy to drive progress across all sectors to reduce suicides.

Are you interested in evidence-based, evaluated and CPD accredited suicide bereavement training? Get in touch with Suicide Bereavement UK today to see how we can help.